How to Manage the Rise of China? - A Review by Yawei Liu

I began to read China’s Search for Security by Andrew Nathan and Andrew Scobell on a flight from Chicago to Beijing via Alaska, the North Pole, and Siberia. While reading the book in the dimly-lit cabin filled with passengers who were going to China to do business, study, attend meetings, or look for employment, I could not help thinking about several seemingly unrelated episodes in contemporary U.S.-China relations.

First, I wondered if President Richard Nixon and his national security team had ever thought that China would eventually rise to challenge the dominance of the United States after normalizing relationship with Washington. I was sure when Mao Zedong lectured Nixon in his study he did not anticipate his beloved nation, which had been brought to the brink of economic collapse by his ideological crusade and maniacal attempt to realize communism in and outside China, would one day become the second largest economy in the world.

Second, I recalled the news broadcast in the early hours of December 16, 1978 from my college dorm in Xi’an and how shocked we were when we heard Washington and Beijing would re-establish a diplomatic relationship on January 1, 1979. We were then mesmerized by the television shots of Deng Xiaoping touring magnificent American cities. However, we quickly forgot these two memorable events and were drawn to a much bigger event at the time, the brief Chinese invasion of Vietnam.

Third, when Wei Jingsheng, a Chinese dissident who was jailed because of his involvement in the 1978-79 Democracy Wall movement, came to the United States, he held a press conference in New York in November 1997. In the middle of his first encounter with the American media, one of the authors, Professor Nathan, volunteered to be his interpreter. Due to this “unfriendly” gesture and other “inappropriate” acts, Nathan has been prohibited from going to a nation he loves dearly and researches thoroughly.

My flight (there are more than 5,000 such flights connecting American cities to China, Taiwan and Hong Kong each year) and my random memories when reading this excellent and superb treatise on China’s foreign (and domestic) policy seem to support the findings drawn by Nathan and Scobell: it is in the American interests to open up to China; Beijing’s integration to the global markets of commodities, currencies, laws, and ideas has not just benefitted China and the United States but the world as a whole; China is bordered by nations whose relationships with China were and still are difficult and volatile; despite China’s  interconnectedness with Western countries, membership to multilateral organizations, and endorsement of international treaties and covenants, rule of law and the respect for human freedom and human rights are yet to take root in the country.

There are very few China watchers who have come close to putting China’s search for security into such complex historical, political, and diplomatic context. There are probably even fewer authors who are able to present such a huge subject with both academic authority and fun-to-read writing style. Nathan and Scobell not only filled the pages with details of events that have shaped and influenced China’s search for security but also rendered broad-ranging conclusions that for sure will make decision makers on both sides of the Pacific think before they act.

The most intriguing question the authors tried to answer in this book is how the Western world, led by the United States, should manage the rise of China whose economic growth is breathtaking and largely beneficial to the global capitalist regimes, whose political system is unpopular among its own people and unacceptable to many outside China, and whose security is complicated by layers of uncertain and unpredictable factors both domestically and internationally.

If Nixon’s attempt to bring China into the international community was motivated by his belief that it was dangerous to isolate a country with 700 million angry people, American leaders today face a much different China. Four critical factors should figure in American China policy formulation: China’s comprehensive national power is strong; its appeal to the Fourth Ring countries is growing; its people’s living conditions have significantly improved; but many people are angry either because they believe the Communist Party of China is too selfish and conservative, making no effort to introduce political reform, or because they believe their leaders are too liberal and weak, having no guts to challenge Washington which has been allocating more economic and military resources or using China’s neighboring countries to undermine China’s rise. As the CPC’s legitimacy becomes more fragile, its leaders are more likely to use xenophobic nationalist sentiment to bolster their authority to lead and improve their capability to rule.

Complex and elusive as it is, the authors were able to answer this key question brilliantly. To contain a rising China is counterproductive, but to concede to it without adhering to principles of market economy, democratic political system and human freedom is both unthinkable and catastrophic. In fact, the authors point out in the book, unlike the United States and other Western nations, China’s political future is uncertain and all three possible scenarios—a China modeled after Singapore, a democratic and free China, and a China bogged down by internal strife and instability—will pose specific policy challenges to the Western world. In addition, a China sitting on three time bombs—demographic, water, and climate—will not be able to replace the United States as the world’s dominant power any time soon even though Washington has experienced a relative decline due to fighting long wars in Iraq and Afghanistan, loss of economic dynamism, and incessant political infighting.

What comes out of the last few pages of the book is loud and clear: China won’t be a threat because it will be too busy tending its own security at home and abroad. Given its territorial vastness, economic scale, and population size, an unstable, poor, and ideologically rigid China will only send the interconnected world reeling. If it has not been easy to stabilize a much smaller Middle East, it will be a great deal more daunting to deal with a China degenerating into chaos. For the United States, the best approach to deal with China, according to Nathan and Scobell, is two-pronged: keep China engaged in the international system without compromising on values, while keeping itself strong. “As long as the U.S. holds tight to its values and solves its problems at home, it will be able to manage the rise of China.”1

The book was written after the previous Chinese leaders identified as their core interests the safety of the political system, territorial integrity and sovereignty, and economic development, but before the incoming leaders have opted for a confrontational approach to neighboring countries on disputed territorial issues and forcefully introduced the concept of the “China Dream”. As articulated in November 2012 by the newly-anointed Chinese president Xi Jinping, the China Dream, is a new CPC policy goal to turn China into a nation of relative wealth (小康) by 2021 and a prosperous and powerful state by 2049. This goal says nothing about surpassing the United States or becoming one of the dominant powers in the world, but even just to realize this largely domestically focused vision may well significantly alter the course of China’s search for domestic stability and international security.

The findings and analyses of Nathan’s previous book, The Great Wall and the Empty Fortress (co-authored with Robert Ross), were largely right and cogent, it will be interesting to see how the next ten years will bear out the conclusions and recommendations of the new book. 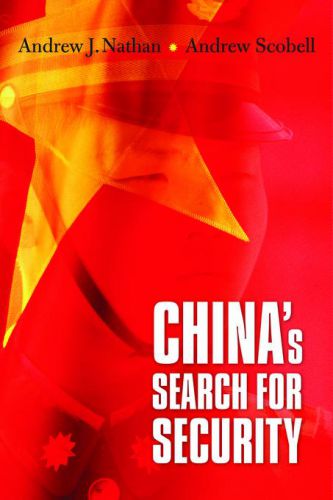 Yawei Liu (刘亚伟) is the director of the China Program at The Carter Center since 2005. He is the founding editor of www.chinaelections.org, which went online in 2002 and was forced offline in April 2012. It is now accessible at www.politicalchina.org. At Emory University, Liu is a senior fellow at the Halle Institute for International Studies and an adjunct faculty member of the Department of Political Science. Liu is also a senior fellow of the non-governmental think tank Chahar Institute in China.