“The bird is out of the cage”: Helping Chen Guangcheng Reach Freedom 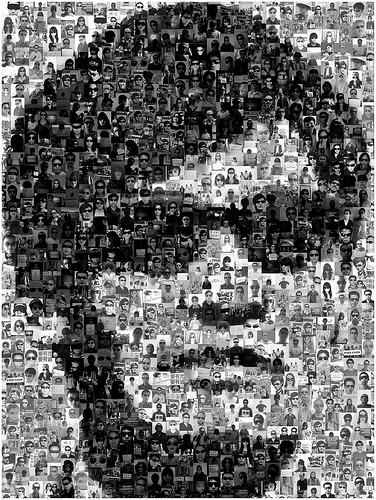 It was the moment the Chens had been waiting for. On the morning of April 20, 2012, one of the guards seated inside the door of Chen Guangcheng’s courtyard house stood up to fill his teacup, temporarily blocking the sight of the guard sitting opposite him. Chen’s wife Yuan Weijing knew there were just seconds for her husband to get out the door and across the back of their yard. She touched his shoulders as planned and within seconds he was out the door and in just three seconds was standing beneath the wall on the east side of the house, his guards completely unaware he’d left the room where he’d been laying ill for the past two months.

His brazen escape took place just around 11am in the morning in broad daylight beneath the noses of the some two dozen guards who surrounded his farmhouse in Dongshigu Village, Linyi City, Shandong Province. Over the next 20 hours, the blind self-trained “barefoot lawyer” would negotiate his way out of the village relying on tips his wife had given him and his own intimate knowledge of the village walls, roads, and rivers that he’d wandered around daily as a blind child. He also used his acute hearing ability to know where the guards were and what they were doing and to avoid being seen by them.

While many believed that someone must have helped with his escape, Chen made his way to the neighboring Xishigu Village completely on his own, at times just feet from his guards, despite breaking his foot after going over the fifth wall, and with badly wounded knees and elbows from crawling along the ground for hours.

Chen had spent four years and three months in prison for opposing forced abortions and sterilizations; after his release in September 2010, he was immediately placed under illegal house arrest in his home that would last for 19 months until his harrowing escape. When he made his escape, he’d been bleeding internally for months and had been refused medical care. Chen and his wife were convinced that had he not escaped he was destined to die a premature death in his own home.

The family was completely cut off from the outside world for more than a year. Guards had taken away all of the family’s mobile phones, the house phone, and all the computers. When his 70-year-old mother went to the fields to work, security guards accompanied her there and watched that she didn’t speak with anyone. His 6-year-old daughter was forbidden from going to school for a while, and once she was allowed to attend classes, security guards took her to the school and sat at the door the entire day watching that she had no contact with anyone. They even checked her school bag in the morning when they picked her up and in the afternoon when they delivered her back home. Chen Guangfu, Chen’s oldest brother, was not allowed even close to the house, and was forced to drop food and other supplies off two streets away, where the guards closely examined the contents. There was no way that Chen could contact anyone.

And so when he set off on what seemed to be an impossible escape, he had no definite plan, other than to make it out of Dongshigu. He tried to ask neighbors for help as he crawled by their houses, but his muted calls went unheard. He realized that even if someone did come to his aid, there was little they could do, and that he couldn’t even be sure that they wouldn’t turn him in immediately out of fear.

He spent the night crawling in a light rain, his broken foot throbbing. Determined to make his break for freedom, he quietly crawled across the road and then waded across a shallow river, taking himself safely outside the ring of guards that surrounded Dongshigu Village. During his 20 hour ordeal, he climbed over eight walls and fell more than 200 times, never losing the will to continue.

From here on, Chen would make it to safety with the help of local villagers who were thankful to him for his help years earlier and a loose network of human-rights activists who joined together to help spirit him away to Beijing, and eventually the U.S. Embassy, despite all the high tech surveillance technology that the Chinese government has at hand.

When Chen walked into Xishigu Village at around 5 a.m., April  21, he looked like a ghost. His clothes were torn, his face and body covered in mud, and he was limping with a broken foot, his appearance frightening those who first saw him. He had hoped to meet someone he knew, who would help him get a taxi and get away—he had some money in his pocket for this possibility. At the first few houses he came to, no one answered his knock. Finally, at one house where he asked for some water, the owner asked where he was from. He was shocked when the reply came: I’m Chen Guangcheng from Dongshigu. At Chen’s request, the villager took him to the home of Liu Yuancheng, a resident of Xishigu whom Chen had assisted several years earlier when Liu was badly beaten by the police during the family planning crack down. At first Liu and his wife failed to recognize Chen. But once they realized who was standing before them, they didn’t hesitate for a second to take Chen into their home to rest while Liu’s wife went to Dongshigu to inform Chen’s brother, Chen Guangfu. The first villager, who gave him water, went to buy medicine for Chen, while Liu’s wife cooked food for him. He slept until late afternoon.

All of the villagers who played a role in Chen’s escape were detained and interrogated.

In an article in iSun Affairs, a Hong Kong online publication, a villager from Xishigu surnamed Su said that several people had seen Chen walk through the village, but no one reported him, while several took him into their homes. The article quotes a “Grandpa Han” from Quanqiao Village, who said: “He’s the Blind Fifth Son! He’s friends with the villagers—a lot of people like him. We fight the cadres!”

In Dongshigu, Liu’s wife safely delivered the news to Chen Guangfu, and passed onto him the one phone number that Chen Guangcheng remembered--that of He Peirong, a Nanjing-based activist who had campaigned hard for the release of Chen. Realizing a phone call would be intercepted, the brother instead sent an email to the activist with the following simple message: “The bird is out of the cage. What now?”

At the time He Peirong received the message she was in Beijing, with Guo Yushan, a Beijing-based scholar and rights activist. The two immediately knew the meaning of the message. By midnight the next day, she and Guo had arrived on the outskirts of Linyi City.

Meanwhile, Chen Hua, a relative of Chen Guangcheng’s, drove the injured man to Xintai, less than an hour from Dongshigu, where he would wait for his rescue.

When they arrived in Shandong, He Peirong and Guo Yushan went to see Chen Guangfu, who told them where Chen was hiding. Just past midnight on April 23, He and Guo reached Xintai. As it was dark, it took them close to two hours to find him.

He Peirong had tried to visit Chen in his rural home a half dozen times since January 2011, but was physically forced away each time, and in one instance was kidnapped and robbed by un-named plainclothes guards. When she picked him up that night, it was the first time the two had met.

Not daring to waste time, He and Guo immediately set off for Beijing around 2 a.m., arriving in Beijing some eight hours later.

In Beijing, friends moved Chen from safe house to safe house each night. He had an opportunity to have tearful reunions with dissident friends such as Hu Jia and his wife Zeng Jinyan, and others he’d not seen for years. However, his rescuers began to run out of places for him to stay and worried that the police might be closing in on them. It was then that they thought of the only place in China that was really safe—the U.S. Embassy. Someone contacted a friend at the Embassy to see if they would allow the blind rights activist to take refuge there.

The State Department made a quick decision to take Chen in for humanitarian reasons, and on the evening of April 26, a government car left the U.S. Embassy to pick Chen up. It was a 007 experience. The activists who had Chen in their car had come under surveillance by the domestic security police, but it was not clear if they ever knew that Chen was in the car or if it was just a routine harassment.

The car driven by Chinese security agents and that owned by the U.S. Embassy began to play a game of cat and mouse on the streets of Beijing. When the embassy car suddenly made a turn, taking the security people by surprise, coming alongside the activist car, Chen took the opportunity to switch cars before the police could do anything.

The security agents’ vehicle followed the American car right up the embassy gate, but they were unable to stop the embassy car from entering the compound. Chen had finally reached safety.

In the evening of May 19 (May 20, Beijing time), a month after Chen climbed over the farm wall surrounding his house on what seemed like an impossible journey, and after a bitter diplomatic tussle between Washington and Beijing, the blind activist, his wife and two children safely arrived in New York.